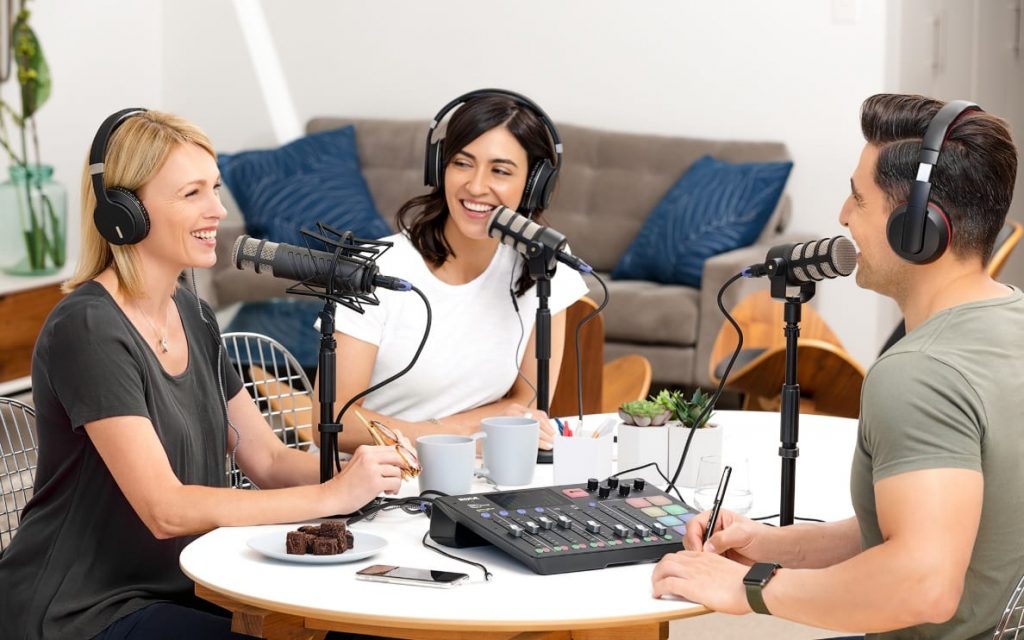 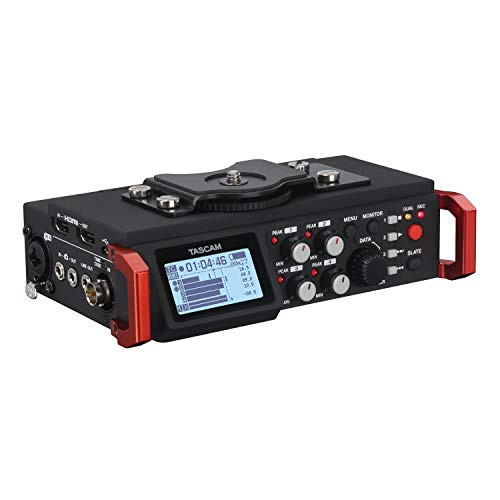 The DR-701D is Tascam's flagship recorder for single-shooter video production. A timecode generator is included for location reference, which can be jam synced from a SMPTE generator, camera, or smart slate. The HDMI in and out allows a DSLR camera to start recording on both devices, and video clock prevents drift between sound and picture.Four mic inputs can be individually recorded and mixed to a stereo track, for a total of six-track recording. For additional tracks, multiple units can be cascaded together. The lightweight yet rigid chassis is forged from a magnesium alloy. Tripod mounts on the top and bottom of the unit allow the unit to mount under a camera, attach to a follow-focus cage, or used stand-alone.Record the built-in stereo mic together with external micsTwo omni condenser mics are built into the DR-701D for natural stereo sound images. Used in combination with small handheld or shotgun mics, speakers can be interviewed while capturing the surrounding environment in a compact setup.6-track recording (4 tracks + L-R stereo mix)Using the built-in mixer, 4 tracks and their stereo mix (6 tracks total) can be simultaneously recorded. In addition to pan and level adjustments, the mixer includes a delay function to compensate for distances between mics. A mid-side decoding function is also built-in for use with MS stereo mics.One button sound recording on the DR-701DSimply pressing the camera recording start button sends a trigger to the DR-701D to start audio recording. Unlike other systems that force you to press record on both devices, the HDMI start system prevents missed takes, syncs the two recording starts together, and makes single-operator shoots much easier. SMPTE Timecode stores time data in recorded audio filesThe built-in SMPTE generator allows the camera and DR-701D to store the same location reference. Several options are available to integrate SMPTE LTC into your camera system. The BNC timecode input can follow a source signal, or can be